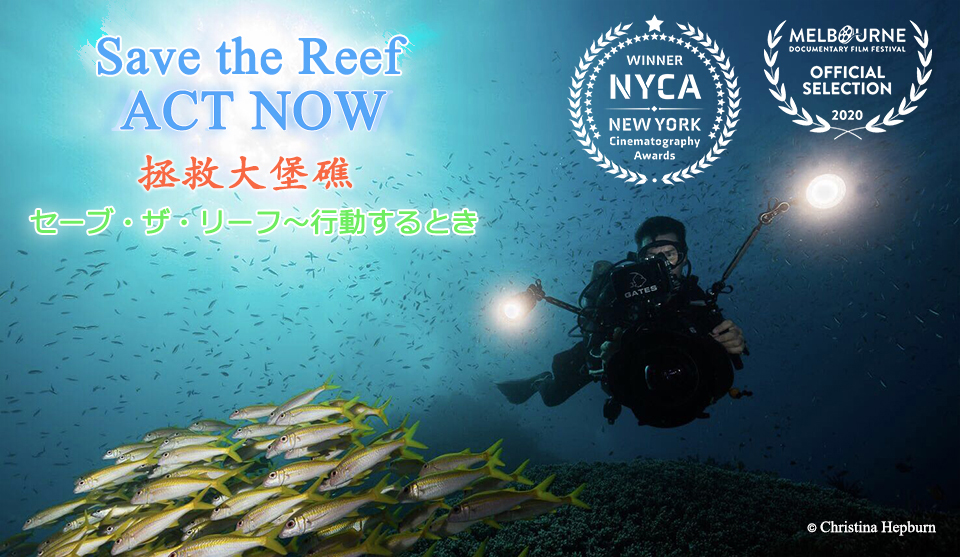 Save the Reef Act Now

The beauty of the Great Barrier Reef can take your breath away, but the pressures on its future are real and immediate. The actions of people across the planet will define the future of the Great Barrier Reef and reefs around the world.
We hope to inspire collaboration and collective impact on a global scale. From discarding single-use plastics to science and world-leading research – now is the time to act.
The inspiring documentary was produced by Australia Asia Film Group, MCMSTV (Japan), Hollywood Pictures (Shanghai), and Calypso Productions (Australia), and draws attention to one of the most fragile natural wonders in the world.
‘Save the Reef Act Now’ won New York Cinematography Award 2021 for best documentary cinematography and the Audience Award at the Tokyo Documentary Film Festival as well as the Outstanding Achievement Award at the World Film Carnival in Singapore. Also, it has been nominated for best documentary at Melbourne Documentary Film Festival and vied for Australian Academy of Cinema and Television Arts (AACTA) Awards.
We are grateful to see the documentary recognized by top industry professionals along with all the hard work by so many talented people who help to bring it to the screen.