An Australian produced short-film “Be Like Water” tells the story of childhood bullying and how a simple game of football can help break down barriers. 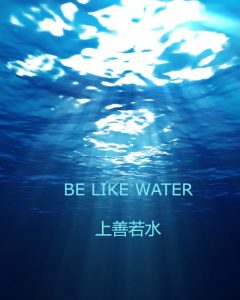 The words of iconic Chinese martial artist and actor, Bruce Lee are behind the title of a new Australian-produced short-film, set for release this year, which tackles the issue of schoolyard bullying—an occurrence right around the world, not just Australia.

Lee faced enormous challenges in breaking into Hollywood as the first major Chinese actor to achieve critical and commercial success in the United States. His mindset and philosophical approach to life were often cited as being even more crucial to delivering him onto the big screen as his acting and fighting abilities.

In announcing the film’s release its producer say, “Life is an ever-flowing process. And somewhere on the path some unpleasant things will pop up, and they might leave a scar. But then life is still flowing, and like running water, when it stops it grows stale. So go bravely on because each experience teaches us a lesson.”

The film was produced by the Australia Asia Film Group and the Asian Media Centre. Be Like Water features a group of Australian children who encourage a little Asian boy with kind words and play soccer to help him overcome bullying.

“We hope to raise awareness about what bullying is and how to stop it through positive actions as well as to embrace the fair dinkum spirit and pass it on to peers, families, schools and communities to encourage cultural respect and social harmony,” the producer Mimi Chau said.

Michael Li, aged 5, has experienced bullying when some older children chased him away from their playing area at school. Eventually he sought help from his teacher and got support from his friends.

His story is not unique as everyday countless children live in terrifying fear of bullies, both in person and online.

According to the latest data from UNICEF, half of students aged 13 to 15 worldwide – around 150 million – report having experienced bullying or a physical fight. This not only negatively impacts their learning but has a significant effect on their health and well-being.

Students who were bullied were two and a half times more likely to have trouble sleeping at night than those who were not bullied, and twice as likely to have seriously considered attempting suicide, according to UNESCO report.

A positive approach with peers and parents support could help to protect children from hurtful experiences.

“Bullying can take many different forms and can be viewed differently in some cultures. However, as parents we have a common view on this – that is if our children are mentally or physically hurt,” a parent Grace Strang said.

“We need to assure our children that they can rely on us, their teachers and their school if they ever feel they are being bullied. They will never be alone, and talking to us is a very good start.  Having close friends in school is also a good way to prevent bullying happening.”

School teacher Jenny Young believes bullying should be prevented as the school should be a safe place for learning.

“If kids don’t feel safe they can’t learn. School should be there to foster a child’s well-being. So that they feel loved, inclusive and safe,” she said.

Young revealed a three-year effectiveness trial of “Friendly Schools and Families” program demonstrated positive outcomes for students exposed to the intervention. These students experienced a significant reduction in bullying behaviour, greater feelings of safety and happiness at school.

“Friendly Schools and Families” is a whole-school bullying prevention program that incorporates evidence-based strategies to manage and prevent bullying in schools. The program provides resources to build school capacity to systematically respond to bullying, and provides strategies to parents, teachers, and students to effectively prevent and manage bullying.

Be Like Water has been submitted to the second annual UNICEF Innocenti Film Festival, which is being staged in Florence, Italy in October. The festival will showcase films from around the world highlighting the challenges faced by children of all backgrounds, with a message that every society has a responsibility to protect its children from harm in all its forms.  Also the inspiring short film has won the Outstanding Achievement Award at the World Film Carnival in Singapore.